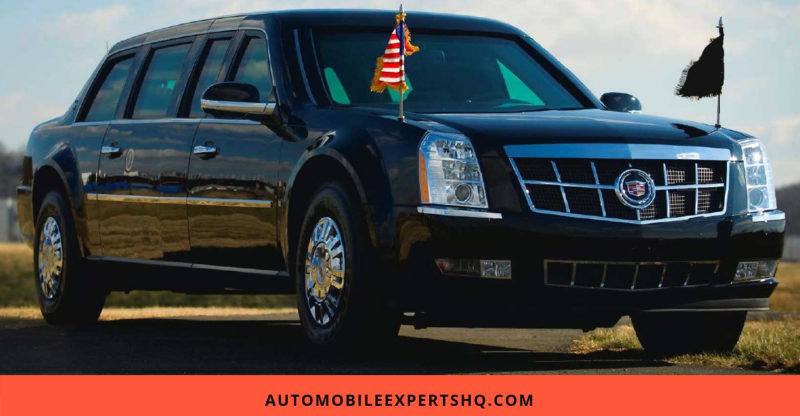 Maximum safety is something we all aim for while at home or on the move. Travelling may cause your guard to falter a bit. You cannot control all the conditions wherever you are driving to. But, you can control it within the bulletproof cars.

The armored travel industry is showing rapid growth potential, especially in the US region. Not just global leaders and celebrities are entitled to the peace of mind that comes with traveling in a bulletproof car. They are deemed to be the future of executive travel thus making premium levels of security affordable to everyone.

A number of luxury car brands including the BMW, Range Rover and Mercedes has come up with their own range of armored vehicles. Some of these features include providing safety against three different levels of threats – street crime, organized crime, explosive device attack.

Each of these bulletproof cars come with their own range of features that removes the risk factor from all major categories of threats. Few of these main features and the science behind them are as follows:

This safety precaution involves a well-concealed toggle switch and the car door system. The passengers will be able to ward off any unwanted entry into the car with the help of electric shock handles. A 120 volts current is generated from the 12 volts battery voltage.

The 120 volts current is then directly fed into the door handles to make them non-functional and defensive against any external party trying to get it. This feature can be activated anytime with the help of the toggle switch fitted within the vehicle in a shielded location.

There needs to be something that is able to absorb the detrimental impact of the explosion. Proper provisions should be made to minimize the collateral damage that comes with the shrapnel generated from the bomb blast. 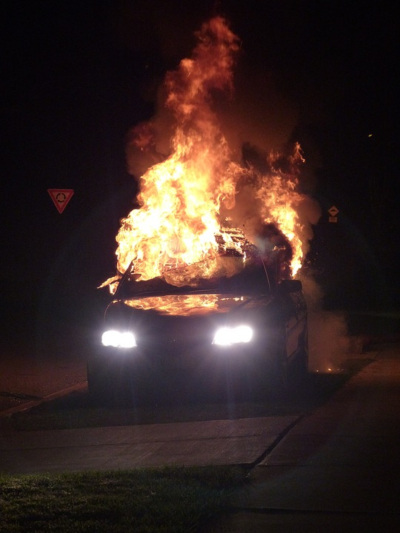 These are the two main functions of the bomb blanket. It helps is maximum absorption of the impact created by the Improvised Explosive Devices (IEDs). The bomb blanket is a lightweight and suppressive method of minimizing the total damage caused by bomb blasts. It might be referred to as the bulletproof feature in case of such customized cars.

Something straight out of the Hollywood spy thrillers, the road tacks have been abundantly used both on-screen and off-screen. These tacks are known to damage and deflate the tires or other parts of the vehicle that is tailing your car.

You get this feature with just a bit of customization. The red toggle switch present in your console marked ‘TACKS’ will provide you a simple way to use them anytime. The protective shield over it removes any chance of accidental pressing and creating an unnecessary mess. These tacks are released from behind the rear wheels of the car over the path.

The driver can easily press this toggle switch and manage a safe escape from a dangerous situation. These tacks come in handy while you are trying to get rid of a possible threat in the form of a speeding vehicle chasing you for the last couple of miles.

A smoke screen or cloud is a simple and effective way of creating a convincing distraction. It disorients the enemy and helps you to escape to a safe location by the time the enemy regains there senses. A smoke generator is installed in the vehicle to use this technique when required.

This smoke generator heats a volatile material which can be an oil or an oil mixture. This results into the evaporation of the oil/oil mixture thus turning it into the vapor form. The vapor is then mixed with the cool external air.

It leads to condensation of this hot and cold mixture. Finally, we have a list which contains droplets of controlled size so as to customize the intensity of the smoke cloud. A number of options are offered nowadays to incorporate this useful technique within the required vehicles in different forms.

Now, even a flat tire can’t deter you from escaping the dangerous situations. The tried and tested innovation called the run-flat tires allow you to drive under a certain speed limit even after the tires have been punctured. 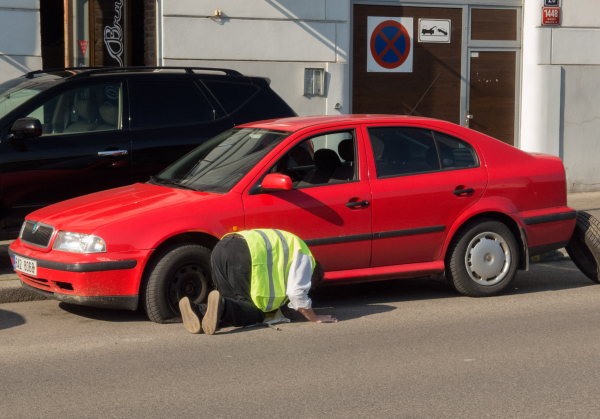 On an average, you can drive at a speed of 70 miles/hour for as far as 50 miles when run-flat tires have been busted. Depending upon the road condition, this will buy you enough time to reach a safe location. They will continue to function even after you partially or completely lose the inflation pressure.

Sometimes, just defending against the attacks is not enough. Your vehicle might get surrounded on all sides and there is no alternative other than to fire back. In this case, you can use the various firearms fitted all over your vehicle.

A number of cameras can be fitted on the outside of the vehicle. These cameras will help you in aiming and defending your vehicle and thus yourself in a better manner. They will also help you in limited visibility situations.

The rifles can be fitted onto the roof pod and on the rear end of the license plate. You can control all of them with a centralized console that can be present near the driver or passenger seat. This way you will get both the latest fighting elements and armored capability with your customized bulletproof vehicle.

Your car can have an external microphone to facilitate safe conversation with the outside party. You do not even need to open the door or lower the window glass to have this conversation. Thus, you get to protect yourself and your identity with the help of this customization.

This microphone is usually mounted on the outside door mirror side of the driver seat. It is extremely sensitive in nature and thus is capable of picking all kinds of commotion to keep you alert and safe consistently.

These were few of the latest features that can be found in the bulletproof cars of today.

Examples Of VVIPs’ Cars From Around The World

For the rich and the famous, the heightened exposure makes better security all the more important. That is why they have their own list of essentials when it comes to their security checklists. Take a look at our top picks below:

Designed by the well-known Cadillac house, the beast is the official armored vehicle of the president of USA. And that means there is no scope of anything but the best when it comes to its design and technology. Its protection level has often been compared to that of a bunker thus making it more like a bunker on wheels. 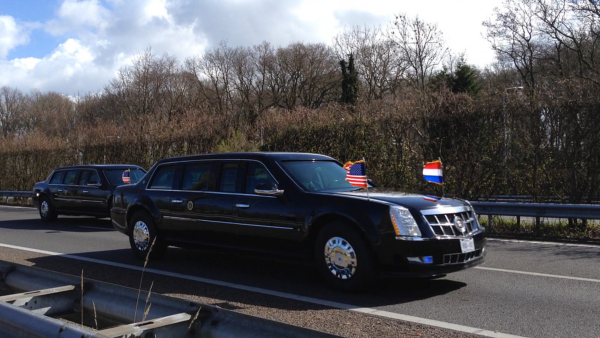 The exterior protective armor is so thick that its door seems to be as heavy as that of the Boeing 747. The insides have been sealed completely to offer next-level protection in case of a gas attack or worse. It also contains a deposit of president’s own blood to make sure that the President stays safe and sound no matter what.

This stunning limousine has been the vehicle of choice for a number of A-listers. Few of them include Elizabeth Taylor, Fidel Castro, Idi Amin, and Elvis Presley. Just by looking at it you cannot say that it is an armored vehicle. This helps to make the whole security process highly discreet. 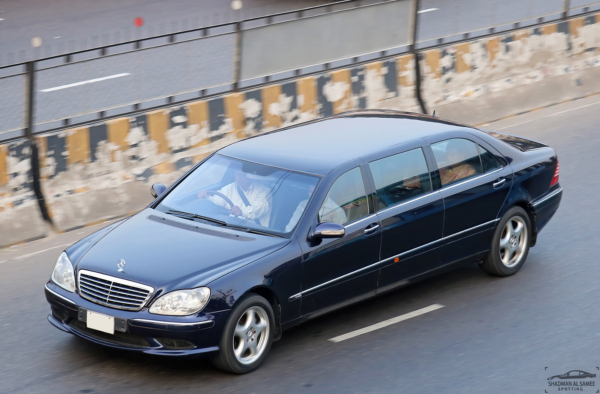 The interior of this vehicle can easily function as a protective bunker. Its tough exterior can also stand highly destructive explosive and bullet attacks. This vehicle has been successful in offering a protective transportation medium to various high profile entities.

Stylish and tough to the core, Huron is a brilliant piece that most of the celebrities will love to own. But, only the government authority head and officers from the army and police department can apply for it. Its robust exterior is capable of handling the rifle fires, explosions, and even small anti-personnel mines. 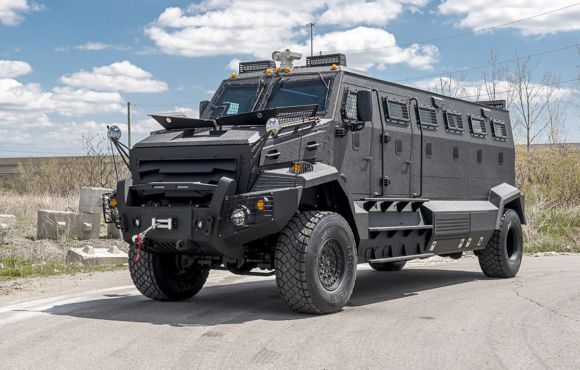 The Huron Armored Personnel Carrier is only developed on demand for a select group of officials. It is one of the safest ways to travel as of now and its popularity is off the charts. The perfect amalgamation of utility and style is what makes it one of the top 10 bulletproof vehicles in the world.

This 400 thousand dollars car has been a hit among the royals and the celebrities alike! Prince William and Kate have been seen traveling in this vehicle on several occasions. It can reach a speed of 200 miles/hr in case any danger is sensed.

This limited edition Black Alligator series was something that all the top celebrities including the famous rapper Jay-Z wanted to include in their collection. Dartz, its official Latvian car manufacturer, launched its prototype back in 2017. Since then a number of celebrities joined its waiting list and finally got one this year. 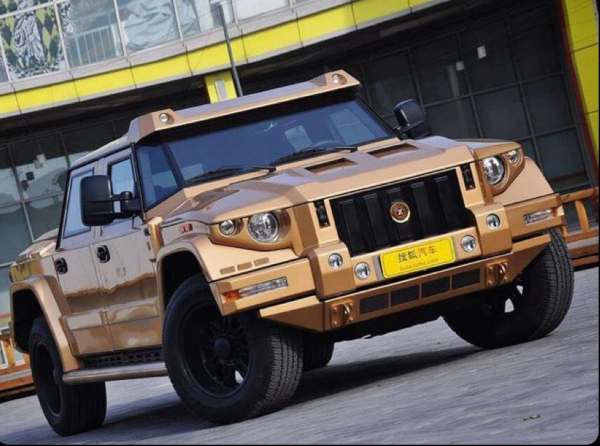 Each one of these limited edition models costs 1 million dollars. There are only 50 of its kind in the entire world till now. Covered with the dust of 1001 black diamonds at the roof, its manufacturer knows how to add bling and strength simultaneously. Kevlar panels covered in carbon makes its body extra tough to withstand all kinds of attacks.

King Harald V and wife Sonja, the ruling King and Queen of Norway, are the proud owner of a 2016 Audi A8L model. It will soon be inherited by their son Haakon along with the crown since the king just celebrated his 81st birthday. 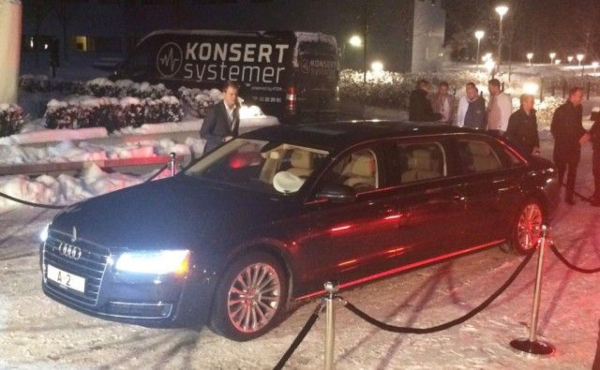 The car has the highest possible – VR9 ballistic rating – that makes it perfect for the royalty. Explosives, automatic gunfire and almost every other kind of attack can be easy tackled by this armored car. Known commonly just as the ‘A2’ among the royal security officers, it has been a favorite of the Norway royals for quite some time now.

The perfect combination of luxury, comfort, and security is the Lexus LS 460 L. As the official wagon of the Prime Minister of Singapore, it is perfectly suited for the challenges that come with this label. It is actually in the diplomatic scene that the bulletproof cars truly shine. The celebrities are only recently adopting this as a form of the global elite trend. 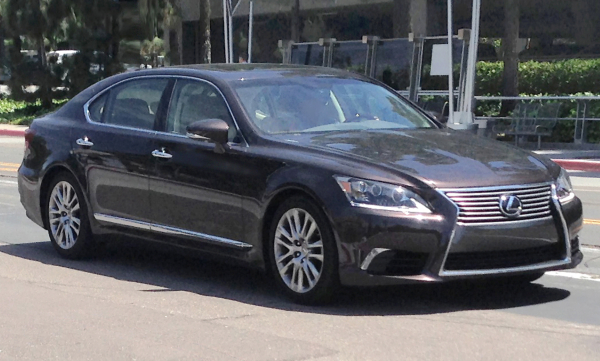 This comes with the BR6 protection rating which assures proper protection against the automatic rifle gunfire. The hefty price tag of 300 thousand dollars makes full sense when we take a look at its wide range of next -level features.

These were few of the famous VVIPs and their powerful bulletproof cars. No wonder they seem so relaxed and stress-free at all the meet and greets!

The bulletproof cars are definitely the future of travel. Soon, the manufacturers will come up with a way to make this luxury easily affordable to all classes of the society. But till then, we can only admire these brilliant inventions from afar!

Do you think bulletproof cars are a necessity or a luxury? Have you ever seen or traveled in one? Let us know all about it and more in the comment section below. Don’t forget to forward it to your friends and family and make them familiar with the expensive toys of the rich and the famous too! 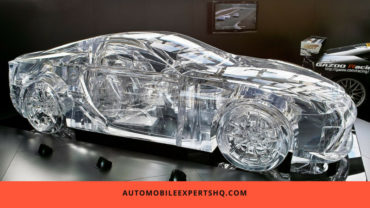